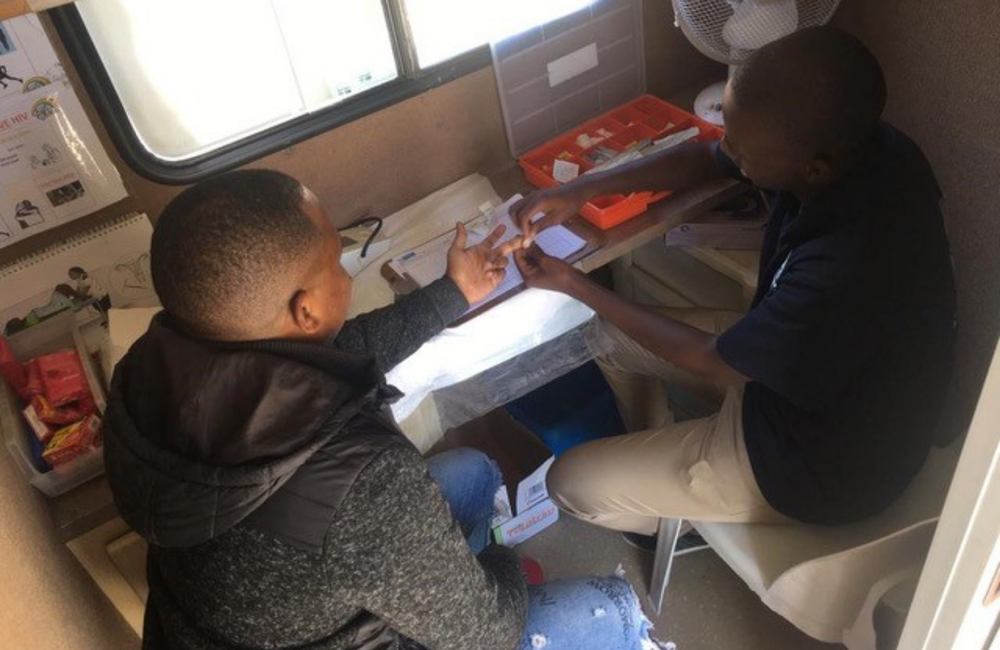 As men in sub-Saharan Africa test for HIV less often than women, a team led by Dr Philip Smith of University of Cape Town, South Africa, wanted to know if men would be encouraged to test more when they knew about the U=U message. The team found that when peer promoters told men that an undetectable viral load means that, if they test positive, they cannot pass the virus to sexual partners, they were more likely to go for HIV testing.

At the time of the study in March 2020, 89% of men living with HIV in South Africa knew their HIV status, of whom 66% were on treatment and of those 79% had an undetectable viral load. Reasons that men gave for not testing included HIV-related stigma and a fear of an HIV-positive result. If more men are to test, something needs to be done to address these fears. This study aimed to do that by telling men of the benefits of testing and of being on antiretroviral treatment (ART).

We know that ART reduces HIV viral load to such low undetectable levels that it cannot be passed to sexual partners. The ‘undetectable = untransmittable’ (U=U) message is powerful and works on several levels: starting ART improves health, removes the risk of passing the virus to others, and therefore can bring peace of mind.

U=U stands for Undetectable = Untransmittable. It means that when a person living with HIV is on regular treatment that lowers the amount of virus in their body to undetectable levels, there is zero risk of passing on HIV to their partners. The low level of virus is described as an undetectable viral load.

A patient’s regular and ongoing engagement with medical care at a health care facility.

Social attitudes that suggest that having a particular illness or being in a particular situation is something to be ashamed of. Stigma can be questioned and challenged.

Dr Smith and his team approached the question of how to encourage men to attend clinic for testing from the perspective of nudge theory or behavioural economics. In this approach, a nudge is a technique that’s used to change someone’s behaviour in an easy and low-cost way, so that people are encouraged to alter their decisions for reasons that they can see are beneficial.

What this means in HIV is that health messages emphasising disease and vulnerability may be less effective than messages that are more upbeat, such as U=U messages that talk about the ability to live a normal life while staying healthy and protecting one’s family and sex partners. Dr Smith and his team aimed to develop and implement upbeat positive messages centred on U=U, and to see if they have any effect on men’s testing rates.

First, the researchers conducted two workshops in the local language, isiXhosa, with 50 men from KMP district. These workshops eventually produced a locally relevant U=U message that could be used by peer promoters to encourage men to get tested.

Peer promoters stationed near the mobile clinics spoke with men and handed out invitation cards inviting them to visit the clinic for a voluntary HIV test. The U=U message was given to roughly half of the men attending the mobile clinics. The other men attending the clinics received standard messaging about HIV testing. The researchers allocated clinic days in which to deliver either U=U invitations to test or standard of care invitation to all the men attending on that day, and then compared the outcomes. The invitation message was contained in a short spoken script and a short text printed on a card.

In March 2020, peer promoters delivered 1048 invitations over 12 days. They delivered 544 invitations on the standard of care days and 504 on the U=U days.

The researchers found that rates of testing differed significantly between the two groups: 125 men returned for testing in the U=U group (25%) and 76 (14%) in the standard of care group.

This study’s findings point to the positive influence that user-designed U=U messages that are adapted to the local context, can have on men’s decisions to test and to link to care.

The authors note some limitations with the study, notably that it was cut short by the COVID-19 lockdown. This is why the study ended after only 12 days and 1048 participants rather than the projected 4000. Although personal contact increased HIV testing in this study, the authors suggest that other methods might be useful, including social media and SMS messaging. They also recommend further research on the impact of U=U on the uptake of ART, retention in care, and viral suppression in men.