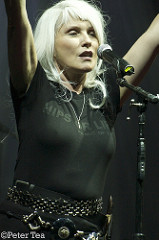 It is important to understand the cause of skin diseases. Every year millions of people suffer from some kind of skin disorder, skin disease or plain skin infections. However, most of them make matters worse by taking strong medicines and steroid-based ointments which act as Suppressants. Even though the effect is almost immediate, at best they give temporary relief. More importantly, they can trigger even more severe and seemingly unrelated disorders. These may be in the form of Metabolic Disorders or Skin Eruptions.

Poor diet, poor stimulation of the circulatory and excretory systems and subsequent build up of toxins are the root cause of skin eruptions. According to Yoga, the practice of Asanas, Breathing techniques as well as Internal Cleansing (Body Detoxification) techniques will serve to address skin issues. In other words, Yoga shows how to take charge of your own health issues (skin disorders included) without the need for any external aid. If you’ve ever suffered from the irritating itch of a skin disorder, take heart… you’re not alone.

The common problem of skin diseases is Acne; acne is the scientific term for what we normally call pimples, blackheads, whiteheads or nodules that form on the face, chest, upper back or shoulders. Acne sufferers experience persistent, recurring reddish blemishes on the face, chest, shoulders, neck, upper back or buttocks. When these blemishes are spots that have a dark, open center, they are called blackheads. Whiteheads are spots that bulge under the skin and have no opening. Pimples, on the other hand, are whiteheads that rupture. The boil-like lumps are called nodules.

Despite of this disease there are many other diseases of skin which can be cured by proper diet and Pranayama. Sun-Salutation will prove to be helpful for skin problems. Urine-Therapy cures a lot of skin diseases may be considered as ultimate solution to any skin problems. Even this therapy is used by many models to show their skin just like glowing