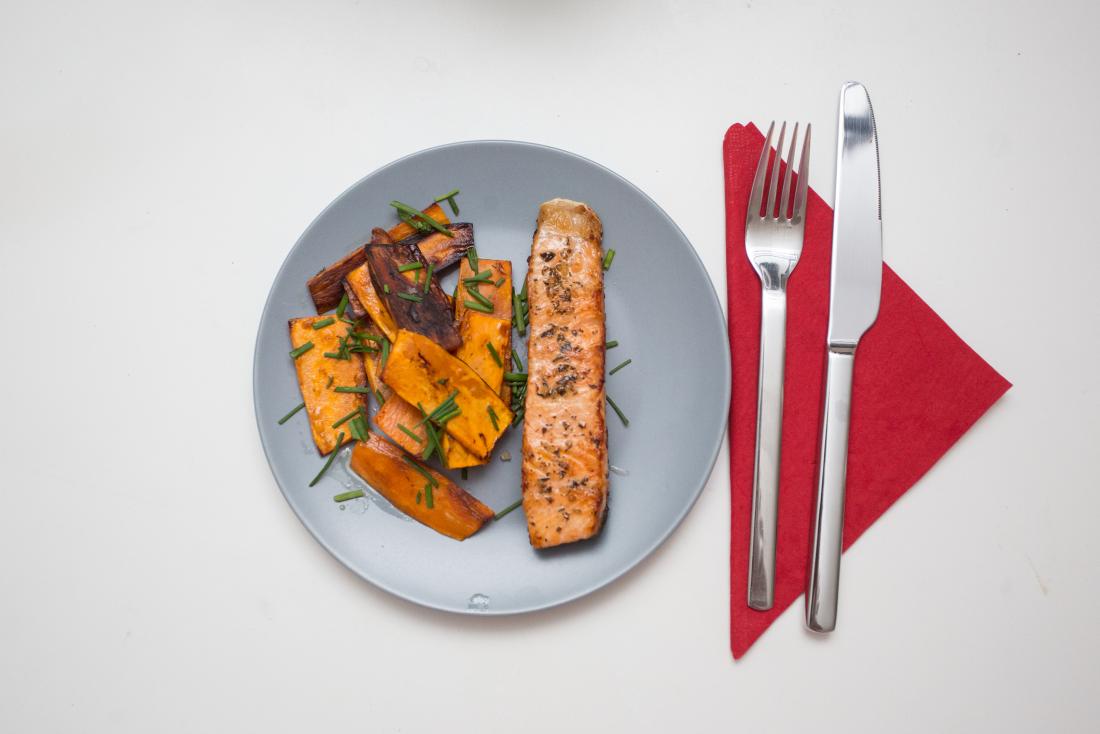 As the world’s population ages, protecting against cognitive decline is becoming increasingly important.

One way to achieve this is by restricting the number of calories we consume.

An established body of research has hailed the benefits of severe calorie restriction, which lengthens the lifespan, maintains mental agility, and prevents neurodegenerative conditions — at least, it does so in mice.

Translating the benefits of this restriction to humans may be challenging because it requires a great deal of willpower and is often difficult to achieve.

Could there be an easier way to reap the brain-related benefits of calorie restriction?

Researchers from the Charles Perkins Centre at the University of Sydney in Australia turned to a low-protein, high-carb diet for answers.

Doctoral candidate Devin Wahl led the new study, and David Le Couteur, a professor of geriatric medicine at the University of Sydney was the senior author.

Wahl explains the study’s motivation, saying, “We have close to 100 years of quality research extolling the benefits of calorie restriction as the most powerful diet to improve brain health and delay the onset of neurodegenerative disease in rodents.”

“However,” he adds, “the majority of people have a hard time restricting calories, especially in Western societies, where food is so freely available.”

Previous studies indicated that low-protein, high-carb diets improved longevity, just like calorie restriction. However, until now, the medical community was unsure whether this diet also benefitted the brain, the researchers explain.

They note that low-protein, high-carb diets have been around for centuries. “The traditional diet of Okinawa is around 9 percent protein, which is similar to [that in] our study, with sources including lean fish, soy, and plants, with very little beef,” says Prof. Le Couteur.

In the current study, Wahl and colleagues fed starch-derived complex carbs and casein protein — a type of protein usually found in dairy — to 15-month-old mice.

The mice had unrestricted access to the high-carb diet. In the meantime, the researchers restricted the caloric intake of a different group of mice by 20 percent.

The team compared the effects of these diets on the biology of the hippocampus, an area of the brain involved in memory formation. They also assessed the rodents’ memories and cognitive abilities using mazes and tests involving recognizing new objects.

To examine the health of the neurons in the hippocampus, the researchers analyzed the patterns of RNA expressions in these brain cells.

Benefits of the low-protein, high-carb diet

“The hippocampus is usually the first part of the brain to deteriorate with neurodegenerative diseases like Alzheimer’s,” Prof. Le Couteur explains.

“However, the low-protein, high-carbohydrate diet appeared to promote hippocampus health and biology in the mice, on some measures to an even greater degree than those on the low-calorie diet,” he adds.

The maze and new object recognition tests registered “modest improvements” for both groups of mice.

Wahl comments, “There are currently no effective pharmaceutical treatments for dementia — we can slow these diseases, but we can’t stop them — so it’s exciting that we are starting to identify diets that are impacting how the brain ages.”

“It shows a lot of promise that we have been able to replicate the same kind of gene changes in the part of the brain responsible for memory that we also see when we severely restrict calories.”

The new results build on previous findings by researchers from the same center. In 2015, they suggested that low-protein, high-carb diets may be just as good for longevity as low-calorie diets because they promote heart and digestive health.