Years ago, I heard from a stoner acquaintance that he remained perennially high as a way to control his glaucoma. At the time, I had little idea what glaucoma was and thought the story was fishy, but in the years since I’ve found that there’s plenty of evidence that marijuana does, in fact, reduce eye pressure, and increased eye pressure is associated with glaucoma. Thus, ophthalmologists agree that the best way to control glaucoma is to reduce pressure in the eye (intraocular pressure).

Glaucoma is one of the leading causes of blindness worldwide, affecting about three million in the US. Experts predict a sharp increase in the number of cases, the result of an aging population, to about 4.3 million by 2032. Half of the victims don’t even know they have the condition. There are several forms of glaucoma, but most involve a build-up of high pressure in the eyes because fluid isn’t draining properly from optic drainage canals. Over time, the pressure can damage the optic nerve. There’s an acute form of glaucoma that comes on fast and can rob a person of vision in a single episode. Most victims, though, have open-angle glaucoma, which leads to slow vision loss over a period of years. 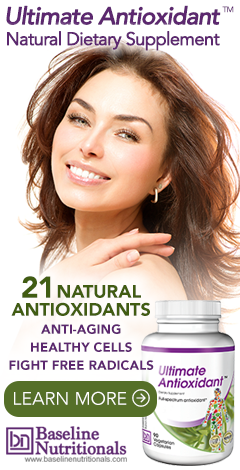 Because open-angle glaucoma involves no pain and has no obvious symptoms, many victims suffer significant loss of peripheral vision before they are aware of the problem or are diagnosed. They may figure their vision is getting worse because of old age or cataracts, or they might not even notice any problem until they go for an eye exam. Ophthalmologists typically prescribe pharmaceutical eye drops that the patient uses daily to reduce pressure in the eyes. Other options include laser treatment or surgery, but even with treatment, about 10 percent of those with glaucoma end up going blind.

All the eyedrops have side effects, some more than others. The most benign class, the prostaglandins (Latanoprost, Lumigan, Zioptan) can discolor the iris, make eyelashes longer, discolor skin around the eyes, cause burning and itching, body aches and joint pain, weakness, fever, indigestion, coughing—depending on the particular drug. And those are the benign ones. In the days before marijuana was legal anywhere, proponents of pot argued that marijuana should be legal because it did what the pharmaceuticals do for glaucoma without the health risks. There were a few studies conducted, and the studies confirmed that the THC in marijuana did, indeed, reduce eye pressure in 65 percent of patients tested. The pressure reduction was equivalent to that conferred by prescription eye drops. The problem was that the effects lasted only a few hours, meaning that patients need to keep consuming marijuana throughout the day and night, and essentially, be stoned all the time, in order to remain protected.

Also, some experts say that because marijuana lowers blood pressure, which might seem an advantage for hypertensive patients who also have glaucoma, in fact, it decreases blood flow to the ocular nerve, which can cause further damage. And one study found that patients develop tolerance to the pressure-lowering benefits of THC over time.

The reality, though, is that very little research has been done on marijuana as a potential glaucoma treatment. The American Academy of Ophthalmology said in 2014, “No scientific evidence has been found that demonstrates increased benefit and/or diminished risk in the treatment of glaucoma compared with the wide variety of pharmaceutical agents now available.” In other words, one might suspect that the pharmaceutical industry has a lock on treatments and is saying that the pharmaceuticals out there are good enough so let’s not pursue this non-pharmaceutical alternative. Reports do indicate, though, that ophthalmologists are more open to recommending medicinal marijuana use for late-stage glaucoma, when other methods aren’t working.

The studies that have been completed have largely focused on THC or marijuana as a whole, not on CBD, and as we’ve written before, there are over 600 active ingredients in marijuana. CBD offers advantages over THC for medicinal purposes in that it doesn’t have psychoactive effects. And, as we recently discussed, CBD can be extracted from hemp as well as from marijuana, providing a possible legal option in states without legalized medicinal marijuana.

There are very few studies looking at how CBD affects glaucoma, but at least one found that it does not lower intraocular pressure like THC does, unfortunately. In fact, the study revealed that at doses above 40 mg, CBD actually raised the pressure in the eyes. Lower doses exerted no effect on intraocular pressure at all. On the other hand, CBD oil has been shown to protect the neurons in the retina against excessive cell death, which is what leads to glaucoma-associated vision loss. Plus, CBD helps with overall inflammation and it’s a vaso-relaxer, which means it increases blood flow to the ocular system, counteracting any problems caused by lowered blood pressure. What isn’t clear is whether these benefits are conferred only by marijuana-derived CBD, or if hemp-derived CBD is equally effective.

Certainly, there are plenty of anecdotal reports by individuals on the internet claiming that medicinal marijuana lowered their own intraocular pressure better than medication did, or that CBD enhanced the efficacy of their medication. The majority indicate that using the whole plant works better than CBD or THC isolates. “Many want to separate/isolate elements like pharma,” writes one user. “The oil [that works] is full profile all natural. Here is the kicker that will blow their objections away; the properly prepared oil provides a significant reduction of IOP with micro dosing. That means You Don’t Get High! Most Pharma drugs have debilitating side effects.”

That user’s comments aside, most seeking glaucoma relief have been smoking, vaping, or eating marijuana because topical products aren’t available. Direct application to the eyes in the form of eyedrops would be the most effective in targeting glaucoma, but the active ingredients in marijuana don’t dissolve well in water-based solutions and so no useful formulas have been developed or released yet in the US. Now that marijuana has been legalized in some states, more research has been undertaken, and it looks like effective marijuana or CBD-based eyedrops may soon be available according to some sources. It certainly does look like marijuana-derived drops would offer a promising treatment given the pressure-lowering and cell-death minimizing effects, so stay tuned! And in the meantime, if you decide to try out existing products and live where you can obtain them legally, remember to search for organically grown, complete plant, naturally produced formulas.