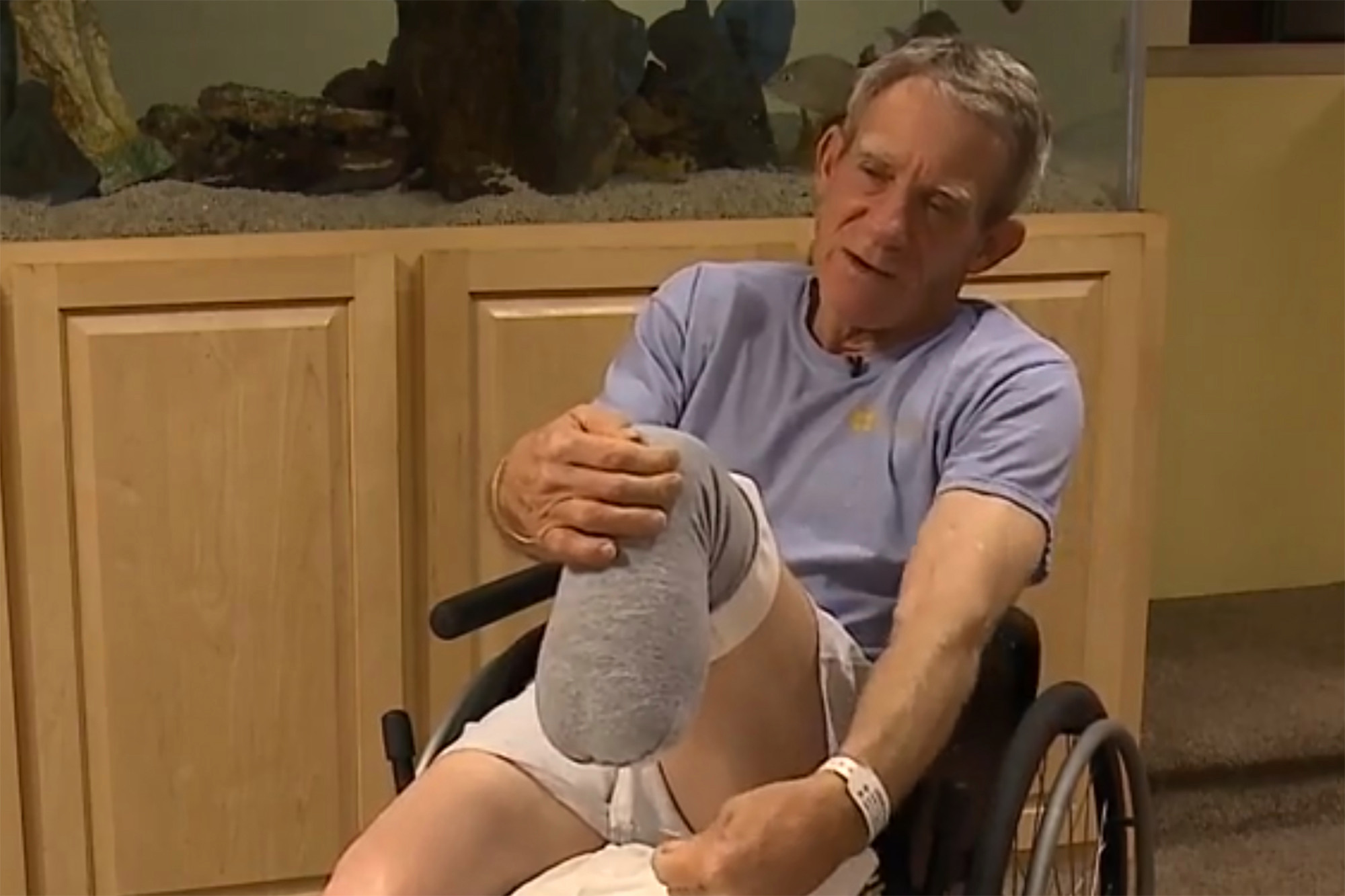 A Nebraska farmer had his own “127 Hours” moment when he became stuck in a piece of equipment — and sawed off his own leg with a pocketknife to escape.

Kurt Kaser, 63, said he was moving crops on his farm in Pender last month when he stepped into a corn hopper and got stuck in the machine, which was still running.

After he tried to free himself but couldn’t, Kaser decided the only way out was by losing a limb.

“I could feel it cutting nerves… I thought for sure I would pass out, and somehow something told me to keep going,” he told NBC News on Tuesday. “I did what I thought I had to do, and it worked.”

The ordeal last about five minutes, after which Kaser crawled 150-feet back to his house to call 911.

The married dad-of-three spent about a week in the hospital and two weeks recovering at a rehabilitation facility before being released Friday. He’s now trying to get a prosthetic leg.

“I look at other people that were [at the hospital] and I still have most of my leg and hope to walk again soon,” he said. “I like to be out and about and I know I will be.”

The gruesome incident is similar to a scene in the 2010 film “127 Hours” starring James Franco. The movie is based on the real story of adventurer Aron Ralston who in 2003 became trapped in a Utah canyon and freed himself by cutting off his own arm with a dull pocketknife.