Although the primary symptom of depression for many is often a feeling of sadness, men may have a higher tendency than women to feel anger, demonstrate aggressive feelings, and engage in substance abuse.

Due to the different symptoms, and because men are typically less likely to talk about and seek treatment for depression than women, many men may have undiagnosed depression. 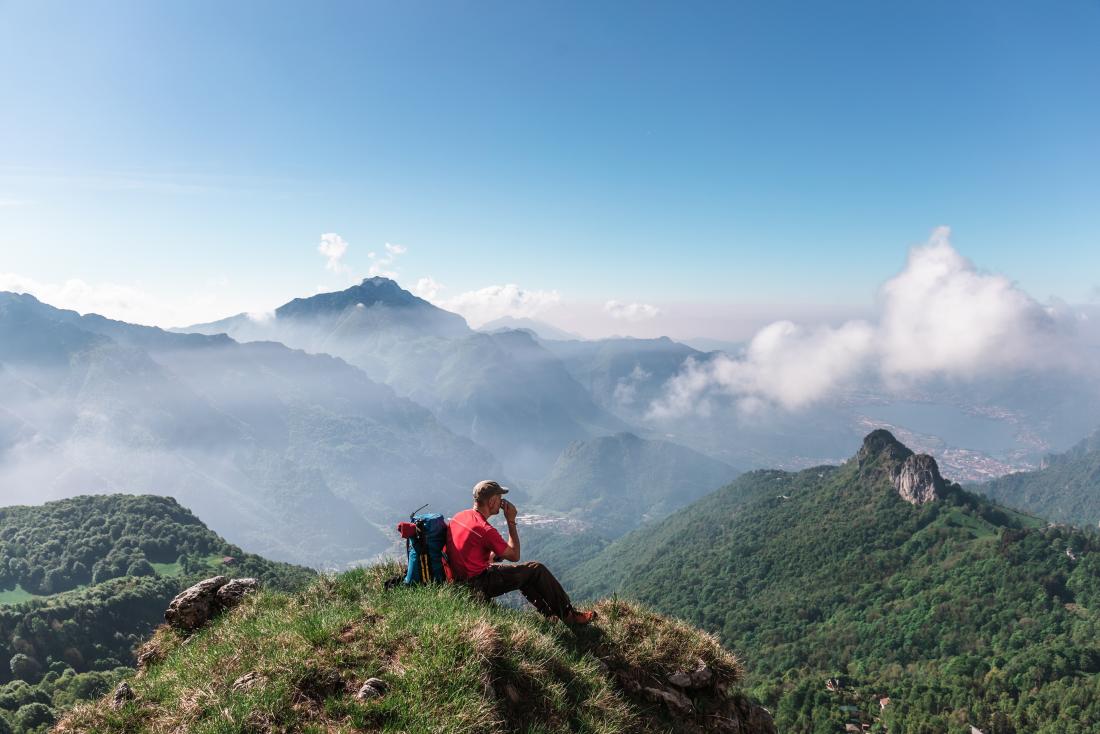 Depression is a mood disorder that can go undiagnosed in men.

Depression is more common in women, affecting 10.4 percent of women compared with 5.5 percent of men in the U.S. However, the number of men who die by suicide is four times the number of women.

One of the reasons for this could be that men are less likely to get a diagnosis of depression. Depression is a significant risk factor for suicide.

Understanding how depression symptoms might differ between men and women is important. It can help make people aware of depression in themselves and their loved ones. Recognizing depression is the first step toward recovery.

Symptoms in men and women

Some symptoms of depression are the same for men and women. These include:

Not everyone with depression will experience all of these symptoms.

Some symptoms of depression are more likely to affect men than women, which could be due to genetic, hormonal, biochemical, or social factors. We look at depression in men in more detail below.

The behavioral signs of depression can manifest differently in men and women. For instance, alcohol and drug use affect men with depression more often than women, and men are more likely than women to display anger attacks and risk-taking behavior.

Men with depression may notice the following behavioral changes:

One theory is that these behavioral changes occur as a result of men trying to mask depression and adhere to so-called “masculine norms.” This attempt to conceal depression may cause men to lash out or engage in self-destructive behaviors.

Men with depression may also lose interest in their hobbies and passions or feel less motivated to succeed at work.

Depression may affect a man’s sex drive too. Men with depression may have less interest in having sex and might have trouble with sexual performance. 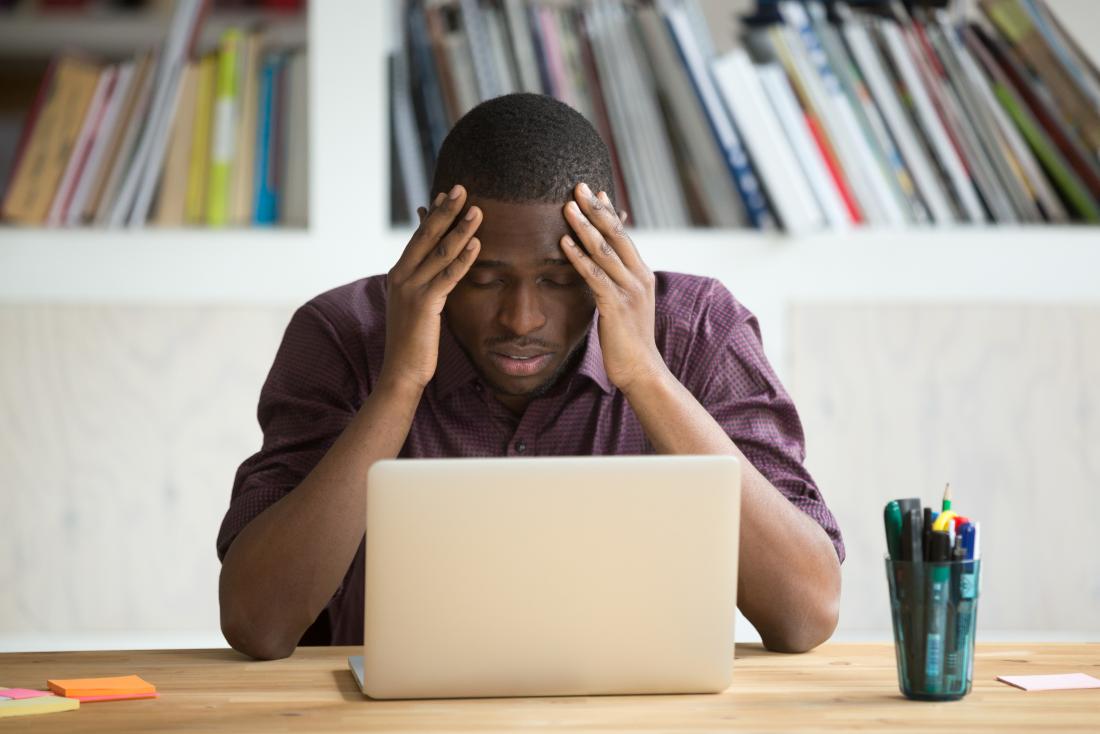 Early signs of depression can include irritability and frustration.

Some men may find it easier to discuss physical symptoms than mood changes. However, there is a close link between the mind and body. It is vital to share all symptoms with a doctor, even if they seem insignificant or irrelevant.

Depression affects the emotional state of both men and women, causing low mood.

Women with depression may express this as sadness, but some men may be less comfortable outwardly expressing this emotion. Changes to their emotional state can, therefore, become apparent in other ways.

Early signs of depression in men can include an increase in:

These differences may be due to societal expectations of how men and women express emotion. It is likely that men will be less willing to show certain emotions, such as sadness, if they feel that others may judge or criticize them for it.

Men with depression may experience suicidal thoughts. Anyone feeling this way can call the National Suicide Prevention Lifeline on 1-800-273-8255 or the Substance Abuse and Mental Health Services Administration hotline on 1-800-622-4357. In an emergency, call 911.

Depression is a mental health condition, but it also has physical symptoms. Men with depression may experience:

Some of these symptoms may arise because of the effect that depression has on a person’s brain chemicals. Depression changes the levels of serotonin and norepinephrine, which are brain messengers that govern pain and mood. Shared brain cell pathways may link depression and pain.

Why is depression in men often undiagnosed?

According to 2013–2016 figures from the Centers for Disease Control and Prevention (CDC), women are almost twice as likely to experience major depression than men. However, it is likely that more men than women avoid reporting depression, so the figures for men may be higher.

According to some estimates, two-thirds of people with depression in the U.S. have not received a diagnosis.

A doctor may also misdiagnose depression in men. Men may be more likely to report physical symptoms, such as difficulty sleeping, than emotional changes. As a result, the doctor might give them the wrong diagnosis.

Furthermore, people may misinterpret common emotional or behavioral signs of depression in men. They may see anger as a personality trait instead of a sign of depression. They may also misunderstand the reasons for a person’s increased risk-taking behavior or substance use.

A 2013 study used criteria to adjust for the different ways in which men and women tend to experience depression. The researchers found that depression was equally prevalent among both genders.

More research into depression and gender is necessary to confirm this.

When to see a doctor

Anyone who notices the emotional, behavioral, or physical changes that we have discussed in this article may be experiencing depression. If this is the case, it is essential to see a doctor.

The doctor can help diagnose a person’s depression and give them the right treatment to feel better.

Leaving depression untreated can harm a person’s well-being. Depression is a risk factor for suicide. Therefore, it is vital that a person with depression receives help as soon as possible.

There are several ways to treat depression. Everyone responds to treatment differently, but a doctor can advise a person on which treatment may best suit their needs. 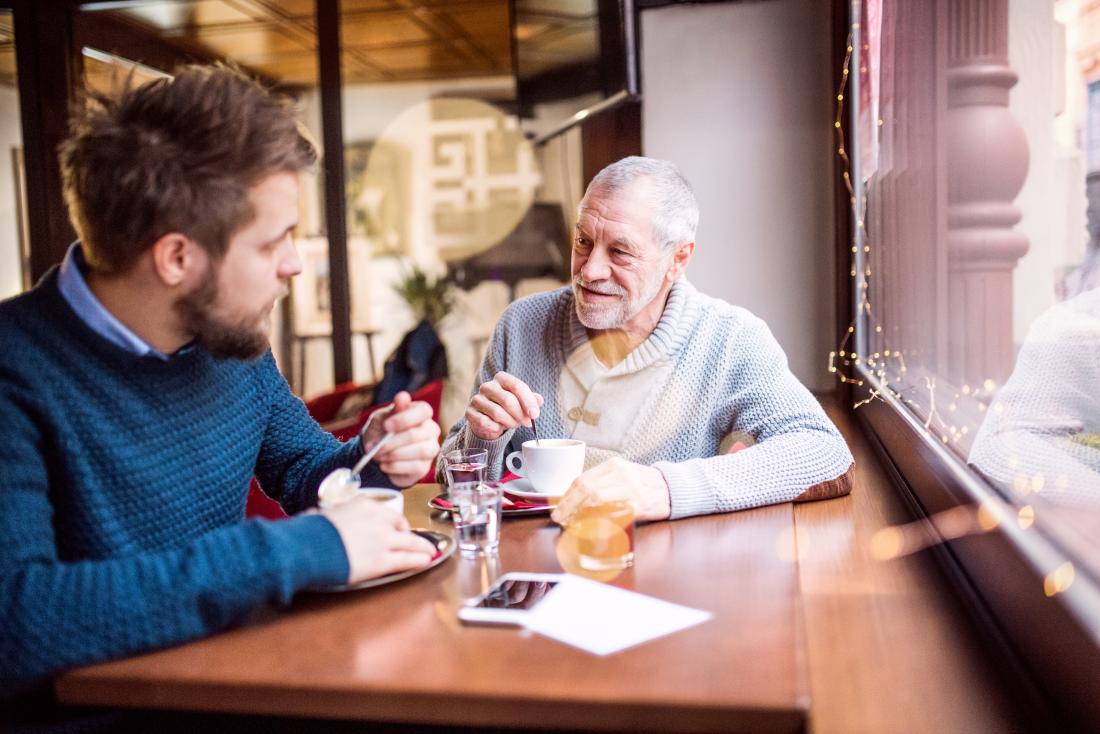 Talking to friends and family is a recommended coping strategy.

Alongside other treatments, certain lifestyle changes and coping strategies can help a person manage depression. For example:

How to help a loved one with depression

If a person notices the signs of depression in a close male friend, partner, or family member, it is crucial to discuss this with them. Asking someone who may be experiencing depression how they are feeling is an excellent first step. Trying to be a good listener is important.

Next, encourage them to make an appointment with their doctor. If they feel worried about discussing how they feel emotionally, remind them that they can start by talking about physical symptoms, which will often lead to a broader discussion about other symptoms.

It is important to be patient when supporting someone with depression. Sometimes the behavioral signs of depression in men may cause relationship difficulties. Try discussing issues in a nonjudgmental way. A relationship counselor can help people improve their communication.

Where to look for help

Anyone who thinks that they may have depression should see a doctor for help. The doctor may refer them to a mental health specialist so that they get the right treatment.

Anyone who feels unsafe due to suicidal thoughts should call 911 or go to the hospital.

If a person you are close to talks about suicide, do not ignore this. Speak to their doctor or mental health specialist or call the National Suicide Prevention Lifeline on 1-800-273-8255 or the Substance Abuse and Mental Health Services Administration hotline on 1-800-622-4357 for advice.

See the National Institute of Mental Health website for more ways to get help.

Increased awareness of the signs of depression in men can empower those with this condition to get help.

Seeking help for depression is essential. Suicide is a leading preventable cause of death among men. Treatment can significantly improve a man’s mental health and emotional well-being.