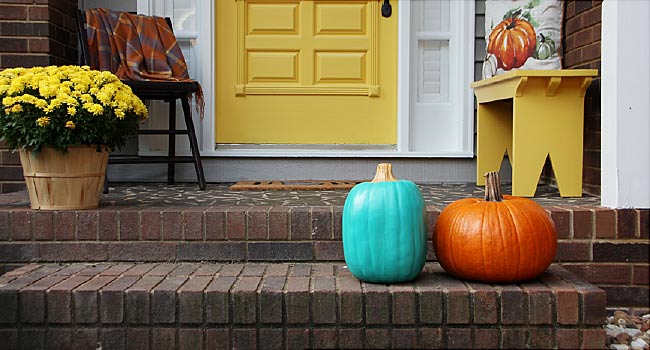 Oct. 22, 2018 — Last year was the first year that Mia was old enough to really celebrate Halloween, and the little girl was so excited about it. The 2-year-old dressed up as Poppy from the movie Trolls — in a blue satin dress and a large multicolored headband, complete with a shock of pink hair — and headed out with her parents and brother to go trick-or-treating.

But the night took a terrifying turn for the Illinois family once they got home and learned the hard way just how quickly and easily allergic reactions can happen on Halloween.

“One minute we were sorting out her loot in the living room, and the next minute we were in the back of an ambulance after Mia bit into cross-contaminated candy,” Erica Giuliani explains.

The family had known their little girl was allergic to peanuts because she’d gotten hives from them before. So they had avoided all candy being handed out that night with peanuts. But they didn’t realize tree nuts were a problem for Mia and had never seen her have an anaphylactic reaction until she tried a plain mini-chocolate candy bar that evening that happened to be made on equipment that handles almonds.

“She took one bite and instantly spit it out and said, ‘I don’t like it,’ Giuliani says. “Within a minute, her face and lips started swelling, she got upset and started really crying, and we knew something terrible had happened.”

The parents used Mia’s epinephrine injector and called 911, and within minutes their little girl — still dressed in part of her Poppy costume — was in an ambulance headed to the ER. She was given steroids and monitored for hours.

It was so frightening for the family that her 5-year-old brother declined an offer to keep trick-or-treating and came to the hospital to sit at his sister’s bedside and make sure she was OK.

“The entire experience was just terrifying, and honestly a huge reality check for all of us,” Giuliani says. “We obviously don’t ever want to risk something like this happening again, so we’ve had to say goodbye to some traditions and come up with some new ones that Mia can safely be a part of.”

In early October of this year, Giuliani took to social media to share her family’s story and ask people to take part in the Teal Pumpkin Project, a nationwide campaign that works to make the night safe for all children by encouraging people to give out nonfood treats on Halloween in addition to candy.

The Teal Pumpkin Project — named for the color representing food allergy awareness — aims to ease anxiety around Halloween by making it as inclusive as possible for all children. It started in 2014 as a local activity by the Food Allergy Community of East Tennessee and has grown into a national grassroots campaign.

Anyone can participate by:

“I think it’s important to teach people how careful children with food allergies have to be,” Giuliani says. “Mia didn’t choose to have these allergies, and I don’t choose to live in constant fear that one wrong bite could earn us another trip to the ER or worse.”

The Risk on Halloween for Children with Food Allergies

The CDC says food allergies have become more common, rising from 3.4% of all children in 1997 to 5.1% in 2011, an increase of 50%. The prevalence of peanut and tree nut allergies also tripled between the late 1990s and mid-2000s. It’s now estimated that 4 million to 6 million children under the age of 18 have food allergies, meaning 1 in every 13 children are restricted in what they can safely eat.

“That means if you have 50 trick-or-treaters come to your house on Halloween night, four have some sort of food allergy. If you have 100 visit your house, it’s seven or eight. That’s significant. That’s a lot of children who could be given treats that aren’t safe for them” says Erin Malawer, the mother of a child with a peanut allergy and author of the popular food allergy blog Allergy Shmallergy.

Risks vary for children because food allergy reactions are very different. One child can get hives from peanuts, while another could stop breathing. Some children react simply by touching an allergen, and others have to eat or drink it. But the advocacy group FARE — Food Allergy Research and Education — says a food allergy reaction sends someone to the emergency room every 3 minutes, and about 40% of children with food allergies have had a severe allergic reaction known as anaphylaxis — a sudden reaction that could be deadly.

“Some children just get hives while others progress to trouble breathing, feeling like their throat is closing, and vomiting. Ultimately, if anaphylaxis isn’t treated in time, it can involve a drop in blood pressure and death, and that can happen in minutes,” says Jennifer Shih, MD, director of allergy and immunology at Children’s Healthcare of Atlanta. “If something is manufactured or produced or handled along with a potential allergen for a child, there is also a risk of cross-contamination, where they can still have a reaction to a product that can potentially be as strong as ingesting it.”

Parents of children with food allergies say figuring out what is safe is especially difficult on Halloween because risks can go far beyond candy that has an allergen.

“This is not a carefree holiday for allergy families,” Malawer says. “While other families just have to put a costume on their children and remember to grab a flashlight, we worry our children could have to go to the ER and could even die from just taking a bite or touching something that has their allergen in it or residue of that allergen.”

Miniature sizes of candy often change ingredients from their larger versions or are made in different facilities that may process the allergen, so what you know is safe in larger portions may not be safe in smaller ones. Many individually wrapped candies handed out at Halloween also don’t have ingredient labels, making it hard to know what allergens they contain.

“The teal pumpkin is a signal or a sign for families that they can go to a house that is safe for food allergies.” Shih says. “That is important because I don’t think we do a great job realizing how much anxiety there is related to food allergies — not just for children, but their families.”

About 1 in 3 children with food allergies report being bullied for their allergy — making them twice as likely as children without a medical condition to be bullied. Experts say that’s why building awareness about food allergies through the Teal Pumpkin Project is so important. Many in the food allergy community say they feel more pressure and bullying on Halloween and often hear suggestions that children shouldn’t take part if they can’t accept whatever candy is offered.

“It’s the most infuriating thing to hear that someone feels your child shouldn’t participate in society and such a big community event as Halloween. It’s a child-centric holiday, and all should participate,” Malawer says.

Stephanie McDowell agrees inclusion is important, especially around big events like Halloween. Her 8½-year-old son, Teddy, has required a feeding tube since birth because of eosinophilic esophagitis, a chronic immune disease associated with multiple food allergies, and she says it’s been heartbreaking to see how much he’s been excluded from in his young life.

“The Teal Pumpkin Project strives to include everyone in this national night out for children, and it’s heartwarming,” McDowell says. “There is such a disconnect between people who have children with food restrictions and people who don’t. To get people understanding what life is like on this side of that street is hard. The Teal Pumpkin Project starts that conversation and puts that awareness out there for so many people.”

Families of children with food allergies say it’s been heartening to see the Teal Pumpkin Project become more popular in stores. Bags of nonfood treats and teal pumpkin decorations are now commonly sold in Halloween aisles of grocery stores, drugstores, and big-box stores. But many families say there is still a need to spread awareness because many have yet to find a house in their neighborhood that’s taking part.

“There is a higher consciousness about the Teal Pumpkin Project this year, but is it translating wholesale to homes? No, not all the way,” Malawer says. “I think a lot of the teal pumpkins being bought are by families with food allergies. But that is OK. It may be the only way this will really spread.”

Tips for a Safe and Inclusive Halloween

FARE has created an online registry and interactive map for people taking part in the Teal Pumpkin campaign to help families of children with food allergies find homes near them that are participating. The group also has free printable materials you can hang in a window to show trick-or-treaters you are taking part.

Shih says there are many other ways to ensure a safe Halloween for children who can’t eat all candy offered.

Malawer also recommends talking in advance with your children about what to do when they get to a house that is only offering items that aren’t safe for them. She says some families are OK with their children picking up those items, but others want them to pass because of the risk of cross-contamination. She says you can take a burden off your child by giving them the knowledge and confidence of what to say and do when that happens.

“It’s a lot of pressure for children. They are staring at a host who is often an adult and really wants them to take something they know they can’t have,” Malawer explains. “We don’t want children to feel in that moment that they have to take something they know isn’t safe for them. We also don’t want to send them the message that their allergy is a burden or inconvenience for others. The more we build awareness of how emotionally challenging all of this can be for children, the more we can take some of that burden off of them.”

Malawer says she taught her son to simply say, “Thank you for offering. I have a food allergy and can’t have that. Happy Halloween!”

Once you’re home, children can also swap out candy they’ve collected for safer items — food or otherwise. Families of young children often do this by introducing the Halloween concept of the “Switch Witch” — a good witch that visits homes on Halloween night to trade out unsafe Halloween candy for a toy or other safe treats.

Mia’s family will be trying the Switch Witch this year for their little girl who’s now 3 and wants to dress up as Owlette — a superhero from the children’s TV show PJ Masks — this Halloween. She’s also told her parents she doesn’t want to go back to the hospital this year.

“The burden for children with food allergies is bigger, because they are smaller and have more to learn, so we need to protect them. That is our job as adults, and the Teal Pumpkin Project helps us all do that, which is a beautiful and really important thing,” Malawer says.

From Food Allergy Resource and Education, these are some recommended non-candy Halloween treats to offer: