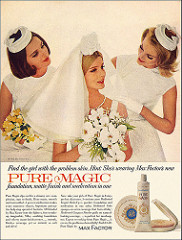 by alsis35 (now at ipernity)

Shah Nematollah Vali Shrine was built in honor of the great poet and well known Iranian mystic figure. It occupies the pride of position at Mahan, Iran and houses the mausoleum of this famous sufi. He was well over 100 years of age when he died and was buried there in 1431.

Later on, in 1436, this shrine was constructed which soon became famous for its architectural splendor. The original shrine still remains but many reconstructions were done by the rulers who came to power through the following centuries. These rulers succeeded in making the place still more beautiful as it stands today. You will enjoy seeing this shrine when you travel to Iran.

Layout of the Shrine Compound

The compound which contains Shah Nematollah Vali Shrine also has a reflecting pool, four courtyards, twin minarets and a domed-chamber burial structure in it. Turquoise tiles have been used to cover the entire surface of the minarets, including the cupola. The mausoleum was initiated by Ahmed I Vali, the Bahmanid ruler, in 1436.

Later on, additions were made to the original building by Shah Abbas I in 1601 with modifications in the blue tiled dome. The rulers of the Qajar dynasty patronized this shrine and constructed the courtyards in the complex so that the visiting pilgrims could take refuge here. The minarets were also built in this period.

Parts of the Shrine Compound at Mahan

When you travel to Iran and visit this site at Mahan, you can see the room where Shah Nematollah-e-Valy said his prayers. It is nicely decorated with tiles and plasterwork. The compound is known for its seven wooden doors dating back to the ancient times.

The various sections of the complex are Vakil-ol-Molki courtyard, Atabaki courtyard, Hosseiniyeh courtyard, Mirdamad courtyard, Modir-ol-Molki portico, Shah Abbasi portico and the shrine. Most of these construction works have been named after the person who built them. They were built at different times by various rulers.

There are many aspects you will enjoy seeing in Shah Nematollah-e-Vali Shrine. There is a useful library along with a museum here. Many copies of the Quran can be found here, especially the one associated with Bibi Khatoun, called Si-Pareh. You can also see the cloth which originally covered the tomb on once you make such a travel to Iran. Kermani artists made this fabric with great care. Armors and swords can also be found here.