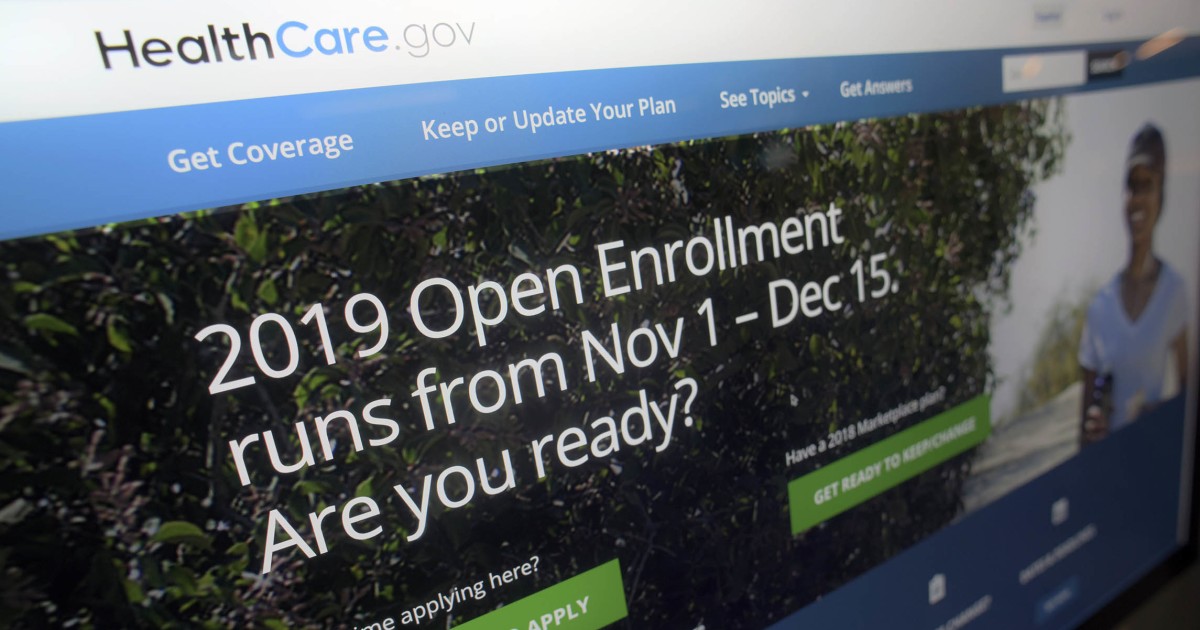 Nearly 3.2 million people had selected plans on Obamacare’s marketplaces as of Dec. 1, the Centers for Medicare and Medicaid Services announced Thursday.

The latest figures represent a roughly 10 percent drop from the year before, when more than 3.6 million people had signed up at about the same time. Enrollment has been down compared to last year since it started, and will come to an end on Dec. 15.

Democrats have blamed the Trump administration for the slowdown in enrollment. The administration reduced spending on advertising the law, and cut funding for navigators, which are nonprofit groups that help people enroll in coverage. The administration also has opened the door to people buying plans outside of Obamacare’s rules and Republicans in Congress zeroed out the penalty on the uninsured, which could affect people’s decision to buy coverage.

States that took action to limit the effects of the Trump administration’s decisions on their residents have also seen similar decreases, including California and New Jersey. Sign-up rates in Massachusetts, however, have outpaced last year’s.

Still, the final enrollment numbers may end up being more in line with last year’s because customers who already have Obamacare plans and don’t make any changes will be automatically enrolled in another one after the Dec. 15 deadline. Fewer health insurers left the marketplaces this year than in previous years, and the price of plans dropped slightly, so customers may have more incentive to remain in their current plans.

It’s possible, as well, that people are choosing to purchase health insurance directly through an insurer instead of on the healthcare.gov website. They also may have obtained jobs that provide coverage, meaning they don’t need to get it on their own. This would mean that the number of uninsured doesn’t rise even if the number that sign up through the federal marketplace goes down.