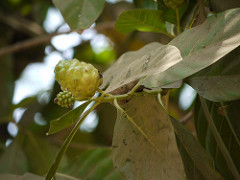 Ever wonder what kills a cell phone battery? It would be easy if there was just one answer, but it is far more complex than that. The fact is that there are many different things that can kill your cell phone battery, and most of the time it’s caused by the cell phone user. We all know cell phones are worthless when the battery is dead, so lets find out what cellular phone batteries hate.

The second enemy is water. Although you and I need water to sustain our lives, water will indefinitely end the life of a cellular phone battery. Water disrupts the Ions and produces a battery that is defective, even if the rest of the phone looks fine. Dropping your phone is very common, and most of us drop our phone at least once a week. Although the phones are built to withstand occasional drops and look unharmed, the sudden jarring movement can also disrupt the battery attached to the phone. Be careful and try to eliminate accidental phone drops as much as possible. Extreme temperature conditions are also bad for your battery. We had a client that worked in a freezer for a company and he would tell us that he had to replace his cell phone battery every 3 months. Batteries naturally need a constant climate as much as possible to operate and function to their full potential. Extreme temperatures also encompasses leaving your phone on a hot stove or in the hot sun. This amount of high heat will cause the battery to overheat or melt.