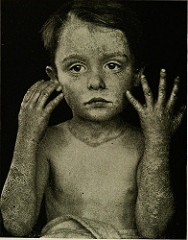 I first read about it in a newspaper article a few months ago, and have since come across more references and testimonials.

The cookies in question are coconut macaroons, and even people who have suffered from Irritable Bowel Syndrome or Chrohn’s Disease for many years are finding relief by eating just a couple of cookies per day.

But it’s not just for chronic sufferers. Several people mentioned using it for occasional digestive upsets – and some keep it on hand for their dogs – although the dogs got half a cookie rather than two cookies.

Why does this work?

It’s the coconut oil. Macaroons are mainly composed of dried coconut, which is 60-70% fat (coconut oil.) Unlike polyunsaturated oils such as soy, corn, and other vegetable oils, coconut oil contains “medium chain triglycerides, or fatty acids known as MCT’s. These MCT’s are more easily absorbed in the intestines, and apparently help other nutrients become absorbed as well.

Polyunsaturated oils contain longer chain fatty acids (LCT’s), which increase inflammation in the intestines. Interestingly, studies done in Denmark and Belgium have shown that when eaten along with MCT’s, the LCT’s are absorbed more readily.

Thus, the coconut oil puts the brakes on diarrhea by helping your body absorb the food you eat. But you don’t have to limit yourself to coconut macaroon cookies. Pure virgil coconut oil is available for use in cooking, and is actually superior to olive oil for frying because it doesn’t degrade at high heats.

For many, the use of coconut oil for cooking has allowed them to resume eating fried foods and baked goods that had become off-limits due to their body’s reaction to the LCT’s in other oils. Others found that they were able to regain weight lost as a result of chronic diarrhea.

M. G. Cliff is a freelance copywriter with a strong interest in natural health. She enjoys writing for a variety of companies who promote health and well-being through safe, natural products and practices. Marte’s natural health site, http://www.pharmfreehealth.com, presents natural alternatives to pharmaceuticals, health warnings, news about health-giving foods, and more.