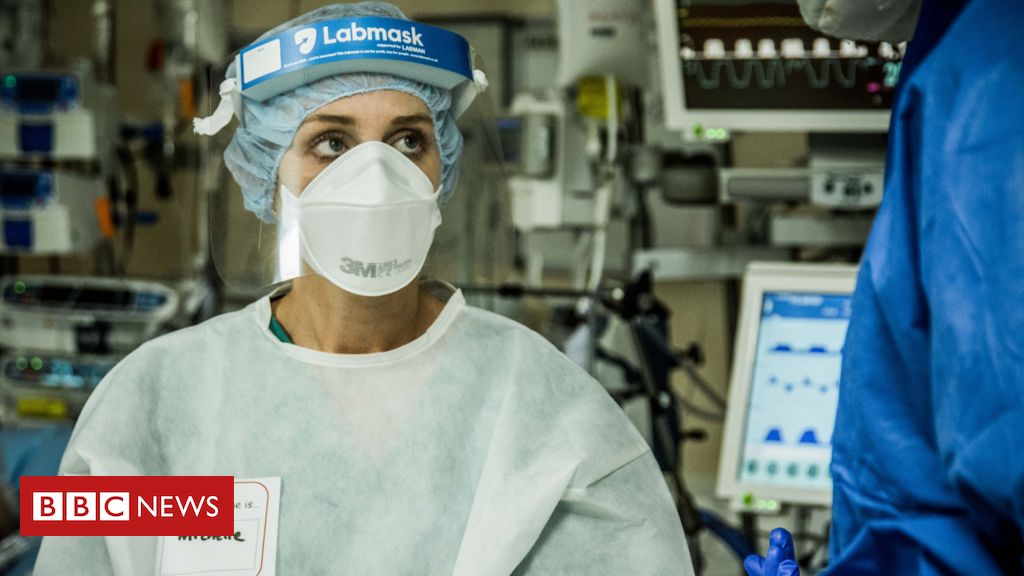 A leaked government report suggests a “reasonable worst case scenario” of 85,000 deaths across the UK this winter due to Covid-19.

The document also says while more restrictions could be re-introduced, schools would likely remain open.

But it says the report “is a scenario, not a prediction” and the data are subject to “significant uncertainty”.

However some are critical of the modelling and say some of it is already out of date.

The document, which has been seen by BBC Newsnight, was prepared for the government by the Sage scientific advisory group, which aims to help the NHS and local authorities plan services, such as mortuaries and burial services, for the winter months ahead.

Among its key assumptions are that schools will remain open and that the government’s tracing, isolation, and quarantine measures will only be 40% effective in cutting the spread of Covid outside households.

It also states that by November “policy measures would be put in place to reduce non-household contacts to half of their normal pre March 2020 levels”. In other words, restrictions to mitigate the impact – other than school closures – could be put in place.

According to the report these measures might be expected to remain in place until March 2021.

The model attempts to calculate excess deaths in England and Wales between July 2020 to March 2021. These are deaths over and above what would normally be expected during that period and are based on ONS data.

The model has been adjusted to account for people who would have been expected to die because they have other illnesses.

In Scotland there could be 2,600 direct Covid deaths, and 1,900 in Northern Ireland.

In addition to excess deaths, the model also suggests how many people may need hospital treatment between November and March, including intensive care.

While the model is by no means a prediction and subject to “significant uncertainty”, the reasonable worst case scenario is used to inform government planning decisions.

However, some are critical of the modelling and believe some of the assumptions in the “official sensitive” model prepared for the Cabinet Office are wrong and the model is unhelpful given the wide range in possible scenarios.

Prof Carl Heneghan, from Oxford University, said some of the assumptions made in the model were “implausible” and that the report assumes that “we’ve learnt nothing from the first wave of this disease”.

BBC Newsnight has also spoken to people in local authorities planning who say the wide range of possibilities in deaths and hospitalisations make it hard to know if Covid-19 will have little impact or lead to catastrophic extra pressures in the months to come.

Read More:  The 10,000-step goal is a decent idea, even if it isn’t exactly based on science

Nigel Edwards, chief executive of the Nuffield Trust health think tank, said the report had “very wide ranges” of scenarios which make it “quite difficult for people to work out exactly what they should be doing”.

This is not the first “worst case scenario” provided by the government’s experts.

Last month a report, requested by the UK’s chief scientific adviser, Sir Patrick Vallance, suggested there might be about 120,000 new coronavirus deaths in a second wave of infections this winter,

In response to Friday’s leaked report, a UK government spokesperson said: “As a responsible government we have been planning and continue to prepare for a wide range of scenarios, including the reasonable worst case scenario.

“Our planning is not a forecast or prediction of what will happen. It reflects a responsible government ensuring we are ready for all eventualities.”

A spokesperson further stated that planning assumptions were being kept under review and amended as the scientific and medical advice on Covid-19 develops.

There have been more than 330,000 confirmed cases of coronavirus so far in the UK and more than 40,000 people have died.