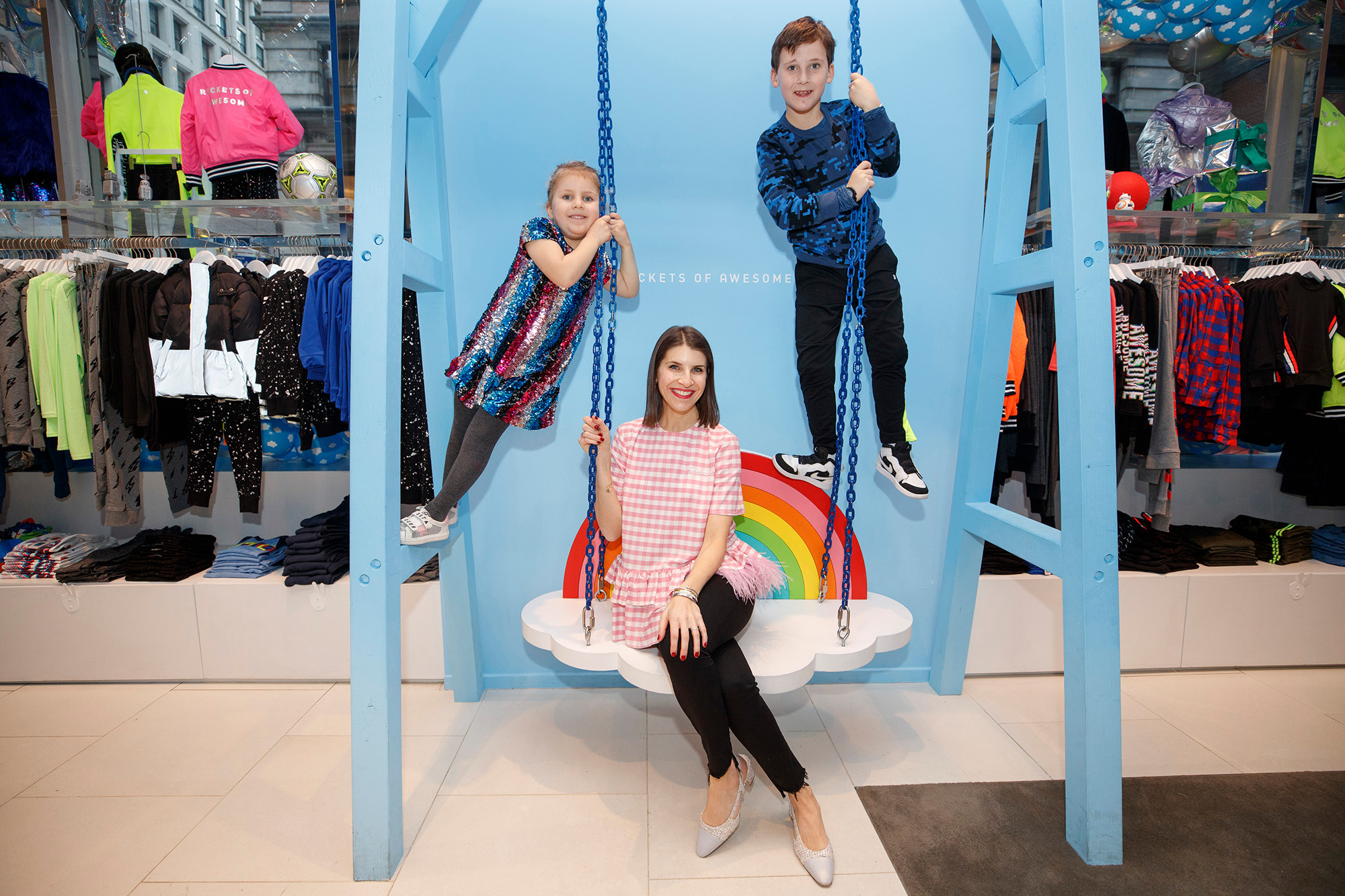 Web-based brands have a hot new idea for you this holiday season: stores.

As the decade comes to a close, e-commerce companies — selling everything from sleek disposable razors to eco-friendly cleaning products to gender-specific vitamins — have come back around on traditional brick-and-mortar shops.

The reason? They want customers to experience and interact with their products, which roughly translate to the normal things that in-person shoppers do: touch fabrics, spray scents and try things on.

“I think it’s hard sometimes online to see what something is going to be like [until] you actually get it,” says Katie Hunt, co-founder of the Soho-based, multilevel store Showfields, which stocks hip products such as Hickies and S’well. “You get the Instagram ad, and you can’t tell whether or not it’s a really great branding job, or if those false eyelashes are really gonna look great.”

The Flatiron pop-up for the cool, NYC-based kids’ clothing brand was built for a web-savvy generation. Among fun merch such as colorful sweaters (around $ 40), sequin bomber jackets ($ 50) and knit caps ($ 20), the retail store is home to a ball pit, filled with white foam “marshmallows,” and a rainbow swing staged just for Instagram.

The limited-run shop opened in August, and was set to close in September but has now extended its lease through the holidays, according to sales associate Jenny (who declined to give her last name). She says that customers have been a mix of local brand loyalists and tourists, who are new to Rockets of Awesome. But pint-sized shoppers all have the same reaction to the spot: “When they walk into the store and see that they can jump in the ball pit, they’re very excited.”

The decade-old, direct-to-consumer sock brand is well-established by now: It’s had partnerships with both the NBA and MLB. But that doesn’t mean it’s stopped working to entice a hip, millennial customer.

Earlier this month, Stance released a collaboration with smash sitcom “The Office,” featuring fictional paper company Dunder Mifflin’s logo on socks ($ 18), as well as long-sleeved T-shirts ($ 35). “It’s been flying off the shelves,” Soho store manager Ricky Aiello says of the collection, which also includes knit pairs with Michael (Steve Carell) and Dwight (Rainn Wilson) on them. “That was definitely the hot drop,” Aiello says.

Beyond just the Soho location, Stance has another, more recently opened brick-and-mortar spot in Hudson Yards. Aiello says he has high hopes for the “Butter Blend” line of socks ($ 14-$ 25) and tees (around $ 50), which are made from eco-friendly lyocell, among other materials: “It’s really, really soft.”

A three-story shop with an airy rooftop, Showfields aims to re-envision the department store model for cyber brands. It features quirky products such as Quip, a dental-health startup that sells electric toothbrushes ($ 25-$ 50); and Skura, a subscription service for attractive, anti-microbial sponges ($ 12/month for 4 sponges). Showfields also hosts community events, including pumpkin painting and yoga.

Hunt says that much of the fun of shopping at the store is discovering new things. For a product like Skura, for instance, “It would be really hard to find online, unless you were going to go and Google ‘better bacteria-killing sponge,’ ” she says. Without a place like Showfields, “you have to almost be inventing each of these companies in your head in order to find them.”

Read More:  A nation of pill poppers: NHS dishes out more prescriptions than EVER before

This NYC-based, Italian-leather sneaker brand has two locations in the city: a Soho flagship, and a Williamsburg outpost. The latter is a slip of a storefront in a converted garage, befitting the signature shoe’s minimalist aesthetic. Brooklyn sales associate Tayana Escobar says that lots of the foot traffic comes from people who already know of Koio, but who want to test out the wares in person: “People will be like, ‘I saw you on Instagram,’ ” when they walk in, she says.

Koio’s limited-edition drops are buzzy, with recent collaborators including model Nina Agdal and star pastry chef Dominique Ansel. Escobar says she sees big things happening for “The Primo” ($ 298-$ 368), a sleek, unisex high-top that comes in black, brown, gray and white. She says the full-coverage style lends itself to wintry East Coast weather: “Any bit of ankle showing is super-cold.”

The self-described “department store of the future” hasn’t opened its doors in NYC yet, but it’s coming to Chelsea Market Dec. 7. Imported from Plano, Texas, the new location will be home to almost 40 brands, most of which are currently web-based, says Neighborhood Goods co-founder Matt Alexander.

The sprawling shop will also have a restaurant on site, called Tiny Feast, serving three meals a day. So far, confirmed brands include Dollar Shave Club — the razor subscription service that has expanded into men’s grooming products such as antiperspirant wipes ($ 6) and cologne ($ 50) — and Gap-owned guy’s athleisure brand Hill City. There’s also Wild One, a chic pet brand that sells monochromatic leashes ($ 58) and carriers ($ 125-$ 180).

For Alexander, it’s “funny how it all comes around,” he says, about the way that web-based companies are now pursuing traditional retail spaces. But to him, it makes sense, too:  “The notion of creating a very compelling brand and a really compelling product has really always stayed the same.”