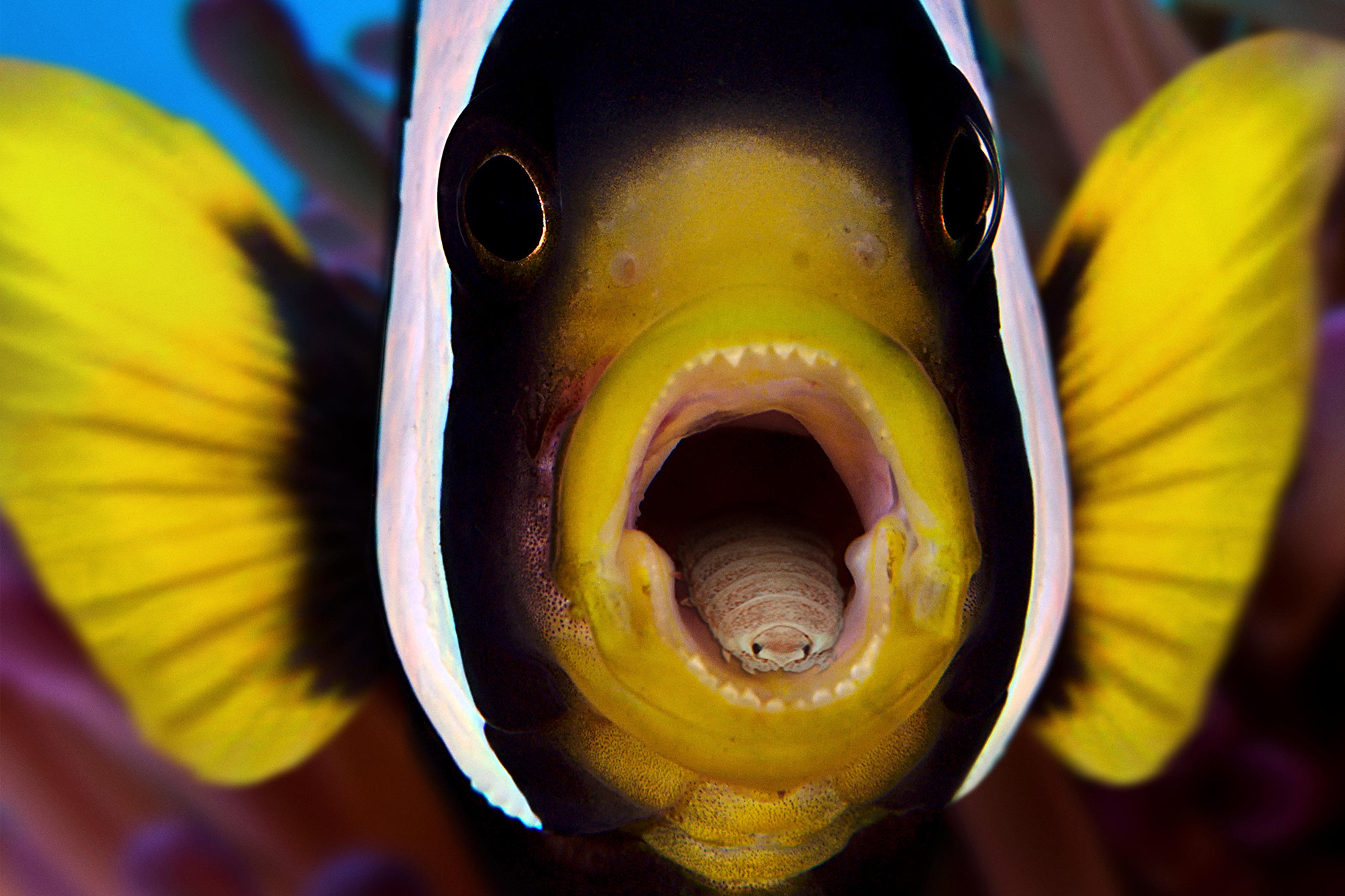 Grusome photos of a blood-thirsty parasite living in the mouth of a fish having devoured its host’s tongue have surfaced online.

Posted to social media by a scientist this week, the X-ray scans show an isopod, also known as tongue-eating louse, nestled in the skull of a wrasse.

The 4cm-long “vampire” crustacean invades its host through the gills and attaches to the inside of the mouth using its strong claws.

It then drinks blood from the tongue, eventually draining so much of it that the organ dies, falls off and is replaced by the burgeoning parasite.

“I found a tongue-eating isopod in one of our wrasse scans this morning while digitizing it,” Rice University fish scientist Dr. Kory Evans said.

“These parasites attach themselves to the tongues of fishes and effectively become the new tongue…horrifying”, he wrote on Twitter on Monday.

The tongue-eating louse is native to the Gulf of California, as well as parts of the Atlantic.

It’s not thought to be dangerous to humans, although the critter can bite if picked up alive.

Surprisingly, the parasite’s grisly feeding practice does not kill its host. Instead, the fish begins to use louse as a pseudo-tongue.

Once the real tongue is drained of its blood, the louse remains there for the rest of its days, feeding off mucus and leftover blood around the mouth.

“Oh, cool. A new nightmare for our Monday morning,” one user groaned.

“This is VERY cool,” another wrote. “I don’t want to say it looks cute inside the mouth … but they look like they are doing a cute little photo shoot together.”

Dr. Evans replied: “I think this is the most tasteful tongue parasite photo on the internet.”

The tongue-eating louse is far from the only gruesome parasite our planet had to offer.

One parasitic flatworm found in Taiwan invades the eyes of snails, turning the appendages into flashing stalks that resemble disco balls.

The green-banded broodsac – also known as leucochloridium paradoxum – uses the tactic to attract nearby birds.

Once the birds eat the snail, the parasite spreads to other victims through the avian’s poo.