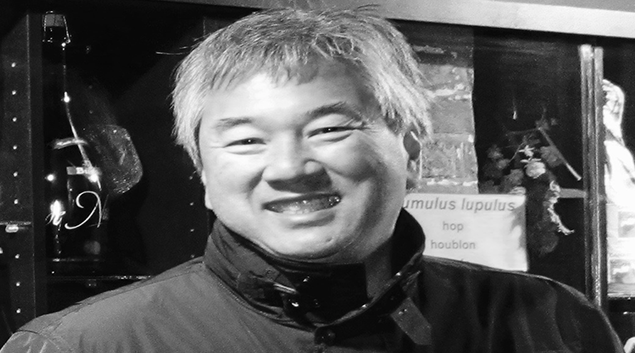 Like many health systems, Kaiser Permanente, though admittedly a multibillion dollar organization, faces challenges when faced with the complex duality of both living within their means and delivering the best possible care and meaningful services. They use the dollars they get to provide that care and keep the lights on so to speak, and it all comes from the same “pot.”

Dr. Ronald Loo, chair of the Kaiser Permanente Inter-Regional Chiefs Of Urology and Co-Lead of Kaiser Permanente Health Innovation Team, said typically when the belt needs to be tightened, a healthcare provider will generally do one of two things: cut services or lay people off. Thanks to a program almost ten years in the making, Loo and his colleagues figured out a way to save significant amounts of money without doing either of those.

The solution started to take form 8 to 10 yrs ago when Kaiser was opening up a procedure center. Loo is a practicing urologist and one of the many pieces of equipment they use is a machine that breaks up kidney stones using sound waves such that a patient does not require surgery, referred to as a shock wave machine.

Each one costs about half of a million dollars and typically will be used once a week. Otherwise, it sits in closet doing nothing. You either own your own or pay big money to rent one. Finding that model to be wasteful, Loo checked around and found sister centers were renting the same piece of equipment and came up with the idea of sharing the machine they’d purchased such that each center would have it on a certain day. He even hired external technicians to drive the machine around. That first year the “Loo-Haul,” as the pilot was nicknamed, netted an eye-opening half a million dollars in savings.

“I essentially saved enough money to buy a new machine every single year if that’s what we wanted to do,” Loo said.

Loo added that Kaiser wanted to grow the program and make it more like Amazon Prime, where if you need something you order it for, say, next Tuesday at a specific care center. He wanted clinicians to be able to go into a system and order it and it had to be easier than picking up the phone and renting it. Not having that capability, about 6 went by and he found out about Cohealo, a technology-enabled services company that increases the utilization of health-system capital equipment, reducing rental costs and capital expense. Kaiser Permanente and Cohealo partnered on a pilot and got a couple service areas with about 5 facilities and tested out the system and it worked. Fast forward to the present and now the program includes 4 million members and some 15 medical centers across several hundred locations.

Initially, the goal was to save on avoided rentals and avoided capital spending on new equipment. They’ve done that to the tune of $ 8.6 million over the last two years, but more importantly the program has opened their eyes to the true utilization of all equipment.

“For any of the executives that are out there, if they walk into any of their hospitals and they turn to somebody in the hospital and they point to a piece of equipment and they ask ‘can you tell me how often we use this piece of equipment or when is the last time we used it or what’s our cost per case for this equipment?’ nobody will be able to tell them that.”

Today, however,, Kaiser Permanente knows how often equipment is used, where it is used, by whom it is used as well as actionable, useful data on utilization and asset management insights.

“That helps us project supply and demand future needs, understand aging and how to right size what we need. It’s like Goldilocks. You don’t want to have too much or too little of anything. This is the type of data that we always wanted but never had before. I can promise you that info in the long run is going to be more valuable than the rental and capital savings we are seeing — and that’s in the millions already,” Loo said. “For a system like ours, what that translates into are more dollars available to protect patient care. That’s the story.”