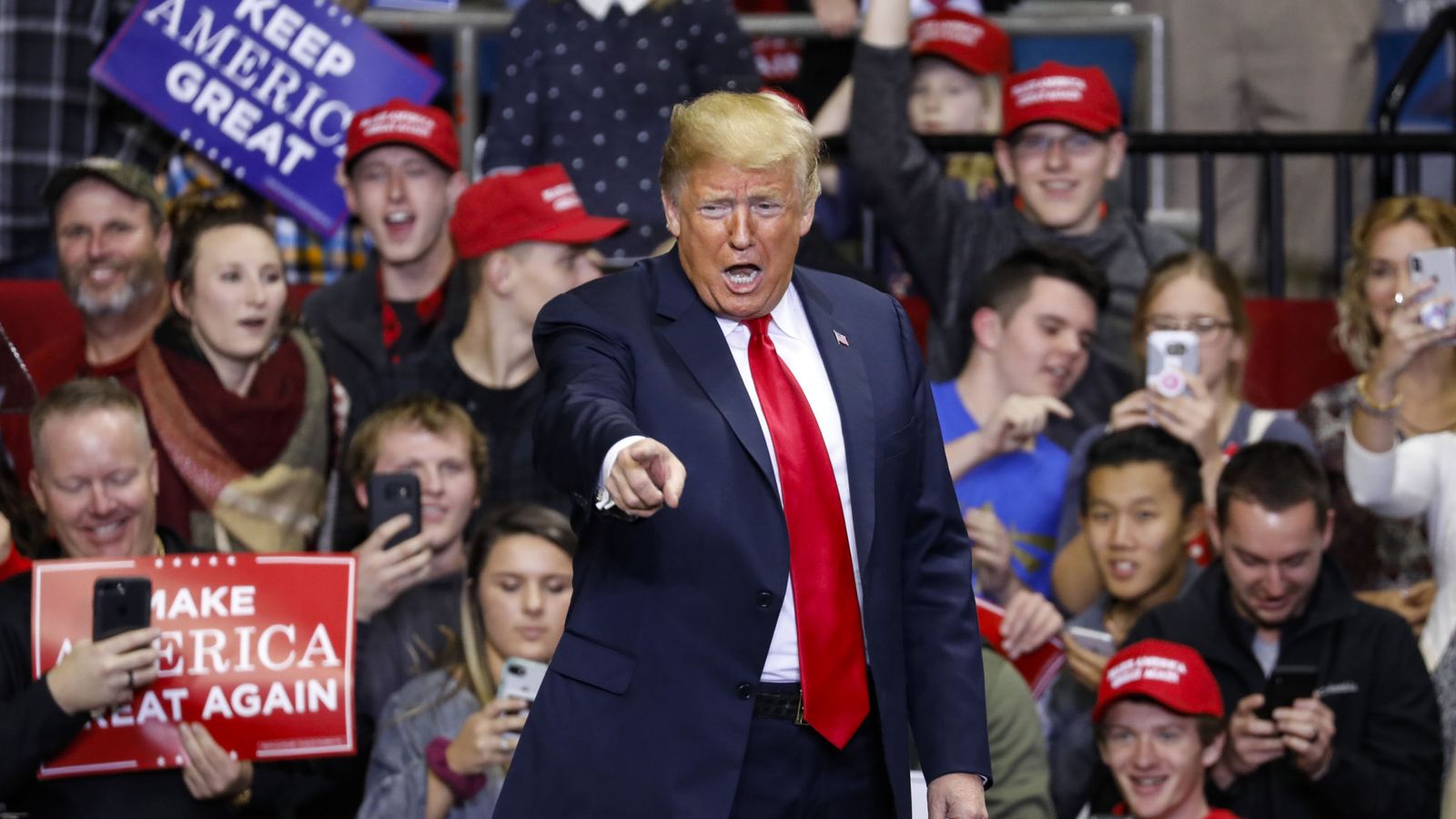 For British viewers, the US midterms can be a bit niche.  Fascinating for geeks but for the rest of us?

Wake me up when we know who wins the White House in another two years.

Not this year. These are the most consequential midterms for years. Because they will help determine the fate of the Trump presidency.

For many of us there has been one big question to ask throughout this presidency. Is it an aberration? Is Donald Trump an anomaly and will America eventually go back to something like it was before? Or are the deranged politics and geopolitics that we have seen for the last two years the new norm?

If you have mourned the retreat of America from the world order and had sleepless nights over what Trump could do to global stability and security, there may be hope come Wednesday morning that the US is beginning to correct itself.

Conversely you may wake up to discover that his party has retained both houses of Congress and he is confidently looking ahead to a second term in office.

Donald Trump has divided America at home and isolated it abroad. He has squandered one of his country’s greatest assets on the world stage, its network of alliances, to the consternation of friends and the delight of enemies.

The fear is a triumphant Trump after these midterms will give us a Trump unleashed. The president will feel vindicated, confident that his brand of politics works and the moderates in his party were wrong and should stand aside.

If the last two years have been troubling and exceptional, perhaps we ain’t seen nothing yet.

And what fate awaits the grown ups in his cabinet as they are nicknamed. Generals Mattis and Kelly and at the Justice Department Jeff Sessions. A Trump triumphant will find it hard to resist the urge to bring in lieutenants who think more like him.

He has chosen to campaign in these elections on divisive issues on race, identity and immigration, not so much the economy which is prospering. A vindicated Trump may double down on those divisive politics at home.

If on the other hand, the republicans lose one or more chambers of Congress we will see an even more combative president, one with a real opponent to rail against.

It will be a tempestuous two years certainly. But, his party may be more inclined to restrain him.

For two years, Republicans have been without a compass. A brash reality TV star it turned out understood American voters far better than anyone in Washington.

They are waiting to see how his record stands up in these elections and hoping to find their bearings again.

If these elections go against Republicans in congress, they may feel the need to reassert themselves, afraid for their jobs the next time round.

If Trump’s party begins to see him as a liability he will no longer enjoy such a free hand.

He will not like it but he will held back from acting on some of his more excessive impulses. And that will be a relief for many.

:: Live coverage of the US midterm elections on Sky News from 11pm on Tuesday with Adam Boulton live in Washington and our breaking results service on skynews.com and app, plus expert analysis from breakfast on Wednesday

US News – The latest headlines from the US | Sky News