Could eating OFFAL help to save the planet? Tucking into tongue and tripe cuts down waste and means we need to breed less animals for food, researchers say

By Victoria Bell For Mailonline

Eating animals from ‘nose-to-tail’ is good for the planet because it reduces the carbon footprint of the global meat industry, say scientists.

Offal refers to the internal edible parts of an animal as opposed to eating muscle tissue like chicken breast or steak.

It includes off-cuts like the tongue, tripe, brain and heart of animals which are often left off from menus because they may seem unappetising to diners.

A new study, however, encourages using every part of the animal to reduce greenhouse gases.

It is estimated that the meat industry accounts for around 24 per cent of total emissions, according to a UN study last year.

Ensuring we use every part of animals reared for slaughter is as good as cutting back or reducing wastage and breeding less animals, the researchers said.

While our desire for meat shows no signs of slowing even with the increase in veganism, meat production continues to be multi-billion pound industry.

Scroll down for video 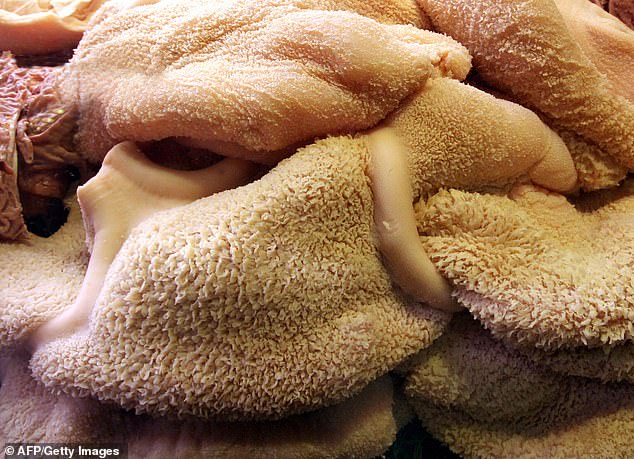 Eating animals from ‘nose-to-tail’ is good for the planet because it reduces the carbon footprint of the global meat industry, say scientists. Offal refers to the internal edible parts of an animal. Here, offal seen in a market in Barcelona

The researchers, from the University of Southern Denmark, looked at Europe’s biggest meat producer, Germany.

Associate Professor Gang Liu from the university said: ‘Some edible parts of the animal byproducts are rarely consumed at present due to low demand as food.

‘However, changing marketing strategies, converting them to more appealing food, and raising awareness about the value of such products would provide a great potential to substitute meat consumption and further lower the total greenhouse gases emissions of the meat chain.’

They examined several strategies that could reduce the environmental damage caused by their love for wurst and Schweinshaxe.

These include controlling emissions such as methane from farms, reducing meat consumption and switching to less polluting meats such as pork and chicken.

‘Such a growing trend of meat consumption leads to aggravated environmental burdens of the animal production sector,’ Professor Liu said. 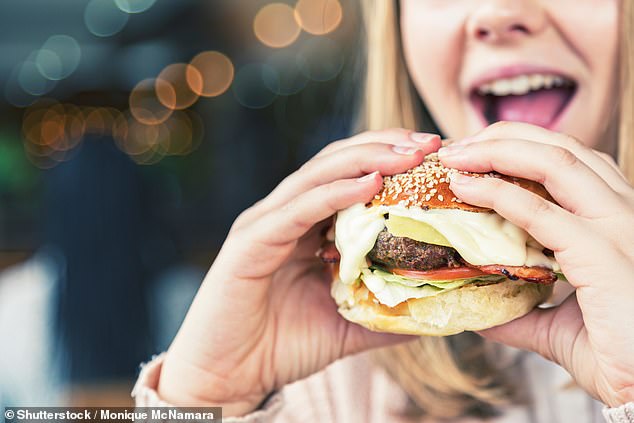 Read More:  How to Recover from Tendonitis Faster

A new study encourages using every part of a butchered animal to reduce greenhouse gases, which account around 24 per cent, according to a UN study last year. Ensuring we use every part of animals reared for slaughter is as good as cutting back or reducing wastage

Around two thirds of farmland was used for rearing meat and the sector contributed up to 17 per cent of the continent’s greenhouse gases emissions.

While this has levelled off the per capita consumption of beef and poultry increased by a sixth – 14.6 per cent and 18.1 per cent respectively, while pork fell by under a tenth – 8.6 per cent.

Eliminating the meat waste at the retailing and consumption stages could also achieve a high reduction of emissions, the study added.

‘Households can be the focus and many prevention measures are possible, for example freezing food leftovers, cooking new meals from meat leftovers, cooking soups with bones and cut-offs, and creating shopping lists to avoid buying food which is not needed,’ Professor Liu said.

The findings could inform future policy-making related to climate change mitigation of the animal production and meat processing sector.

A recent study found greenhouse gases could be cut by a quarter for each person if we ditched our average British diet of fry ups and meat pies for a vegetarian one.

The study was published in the journal Environmental Science & Technology.

HOW MUCH FOOD DOES THE WORLD WASTE EACH YEAR?

According to the Food and Agriculture Organization of the United Nations, about 2.9 trillion pounds (or a third of the food in the world) is lost or wasted every year.

Fruits, vegetables, roots, and tubers make up the most-wasted foods.

In industrialized countries, this all amounts to $ 680 billion in food. In developing countries, it’s $ 310 billion.