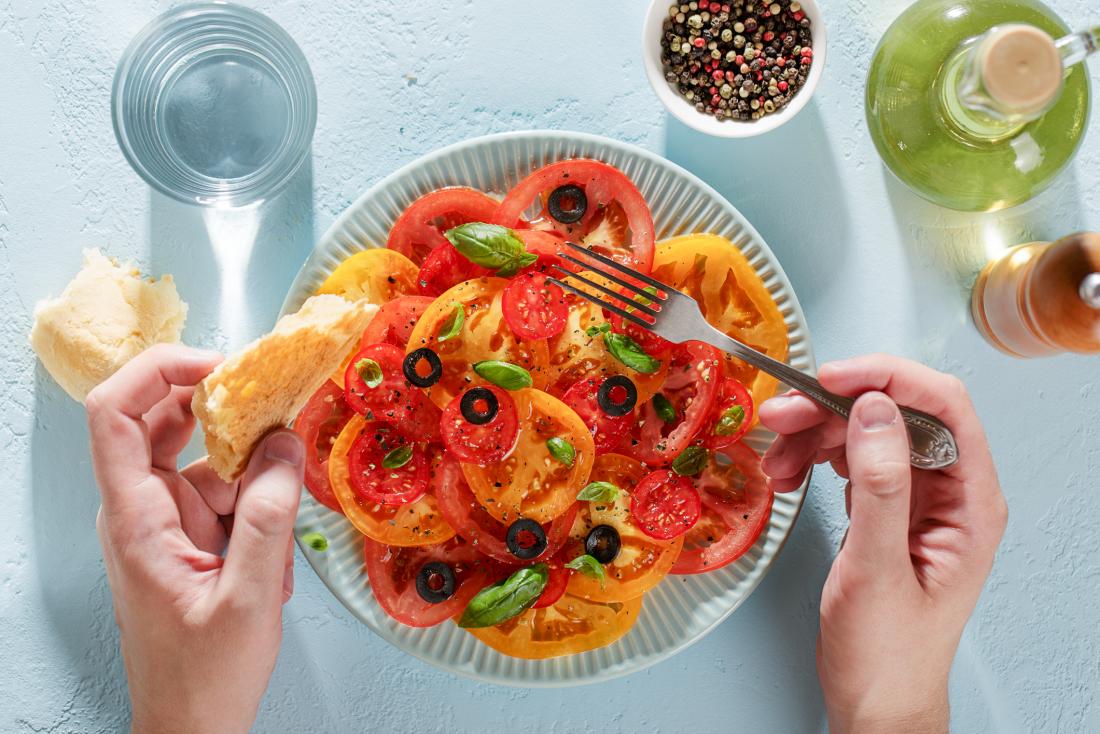 Adding more vegetables to our plate could keep heart failure at bay.

Heart failure occurs when the heart cannot supply enough blood and oxygen to the main organs in the body.

Some experts predict that heart failure will become more and more prevalent worldwide, which has led them to refer to it as a “global pandemic.”

However, emerging evidence suggests that a diet consisting mainly of fruits and vegetables can prevent cardiovascular disease. Now, a new study strengthens this idea.

Dr. Kyla Lara, a cardiology fellow at the Mayo Clinic in Rochester, MN, and her colleagues, have examined the associations between five major dietary patterns and the risk of heart failure among people without any known history of heart disease.

Dr. Lara and her team published the results of their study in the Journal of the American College of Cardiology.

The effect of diets on heart failure

The researchers examined data available from the Reasons for Geographic and Racial Differences in Stroke (REGARDS) study. Namely, they looked at the dietary patterns among 16,068 black and white people who were 45 years old, on average.

The participants answered a 150-item survey, which included 107 food items. The researchers grouped the foods into five dietary patterns:

Dr. Lara and team followed the participants for 8.7 years on average, during which time, 363 people spent time in the hospital for heart failure for the first time.

Overall, the researchers found that adhering to the Southern diet increased the risk of hospitalization due to heart failure by 72 percent.

This could mean that the Southern diet raises heart failure risk by increasing obesity and abdominal fat, explain the researchers.

Importantly, the researchers found that the risk of heart failure hospitalizations was 41 percent lower among people who adhered to the plant-based diet.

Finally, the researchers found no statistically significant associations among heart failure risk and the other three dietary patterns.

The researchers say that the socio-economically and demographically diverse study sample made the associations stronger. However, the study participants may have wrongly estimated their dietary intakes, which may have biased the results.

Read More:  Ketogenic diet why did i stop losing weight?

Also, the researchers examined the participants’ diets only at the beginning of the study, and these dietary habits may have changed throughout the study period.

In a linked editorial, Dr. Dong Wang, a research fellow at the Harvard T.H. Chan School of Public Health in Boston, MA, comments on the significance of the findings, “This study represents an important step forward in establishing a robust evidence base for the dietary prevention of heart failure.”